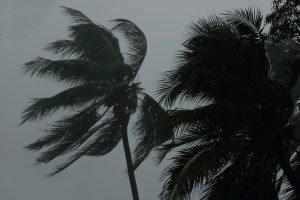 Damages from the recent onslaught of natural disasters, including hurricanes Harvey, Irma, and Maria, have reached about $300 billion. That estimate, however, does not address the cost of human suffering. As healthcare professionals can attest, the negative health impacts of natural disasters can be consequential, even affecting some victims long term.

Dr. Arthur Cooper, President of the American Academy of Disaster Medicine (AADM) and Chair of the American Board of Physician Specialties® (ABPS), says that in the immediate aftermath of a hurricane or other natural disaster, among individuals suffering negative health effects, acute physical trauma tends to predominate, with the very young, the very old, the disabled, and the homeless being especially vulnerable. During the disaster’s early recovery phase, visits to hospital emergency departments that remain intact actually decrease in the first week, and increase in the second week, he says. The most common type of ailments during this phase, in addition to minor injuries such as lacerations and contusions, includes upper and lower respiratory infections and gastrointestinal issues. During the first two weeks of the recovery phase, patients who are on medications are also vulnerable, as they tend to run out of meds and must seek medical care for this reason alone.

Disaster survivors with preexisting conditions can be in significant trouble if hospitals and medical centers are not open, Dr. Cooper says. For instance, in the flooding associated with a storm surge, the debris and waste that collect can be a rich breeding ground for water borne and vector borne diseases, which can lead to acute exacerbation of illnesses such as asthma. This partly explains why respiratory diseases are so common after a natural disaster. It’s also what makes the water unsafe to drink, leading to a prevalence of gastrointestinal issues.

Dr. Cooper says that in shelters, where people live close together in confined spaces, transmission of respiratory diseases is also a common occurrence. Clusters of disease such as dengue fever and malaria have been reported in crowded storm shelters. As for people who choose not to evacuate and instead stay in their homes, while drowning is a major concern, deaths are generally more associated with illnesses that result from a lack of medical care and injuries related to cleanup.

Months, even years after a disaster, psychological problems can persist, Dr. Cooper warns. He points to a study that showed that as much as 80 percent of survivors reported experiencing behavioral health issues one year after the event. Two years after, the number was as high as 50 percent.

What recommendation does Dr. Cooper have for clinicians who live in areas prone to natural disasters? “Disaster medicine absolutely has to be every physician’s specialty,” he says. In terms of physician readiness, education is the most powerful tool, and he strongly encourages physicians to avail themselves of any program that can help them prepare.