The Advantages of Physicians in Administrative Roles 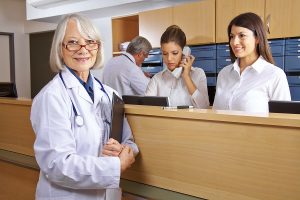 As health care in the United States becomes increasingly complex, more physicians are being asked to take on leadership roles in executive positions at hospitals and other health care organizations. There is growing evidence that this is a good thing, starting with the fact that the top five hospitals ranked by U.S. News and & World Report in 2013 were led by physicians − as were, in fact, 10 of the top 18. Recent data also showed that nearly three-quarters (21 of 29) of Pioneer Accountable Care Organizations that generated a bonus in 2013 were physician-led.

This evidence backs up what physicians themselves have suspected all along − that when it comes to providing the finest medical care in the most efficient and cost-effective manner possible, it pays to have a physician at the helm. A recent white paper published by the American College of Physician Executives, The Value of Physician Leadership, presented the evidence of better performance under physician executives and backed it up with interviews conducted with more than a dozen health care professionals. The study concluded that there are certain traits that give physicians an advantage when it comes to health care leadership. These include:

As a result of this increasing awareness of the effectiveness of physician leadership, institutions such as the University of Tennessee have begun to develop graduate-level programs for established physicians who wish to pursue an executive career path with training in business administration. There also is a growing movement toward seeking physician board certification in administrative medicine, which will allow physician executives to demonstrate a mastery of the core competencies required to lead effectively in the 21st century.