A Case for Vascular Dementia 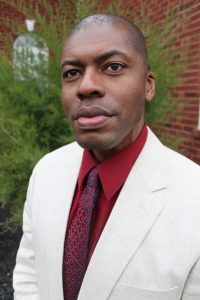 Dementia is a disease characterized by cognitive decline, personality changes, and behavioral disturbances. Since Dr. Aloysius Alzheimer’s first description of dementia in 1906, several other types of the disease have been discovered. But Alzheimer’s disease continues to be regarded as the most common cause of dementia. Edward Senu-Oke, MD, a Diplomate of the American Board of Integrative Medicine (ABOIM) and holistic hospitalist who pursues an integrative health approach in Virginia, Delaware, and Florida, says there is sound scientific reason to believe that the most common cause is actually vascular dementia. The ABOIM is a Member Board of the American Board of Physician Specialties®.

Dementia is a diagnosis of exclusion with stereotyped manifestations, Dr. Senu-Oke says. For the diagnosis to be made, the patient must first exhibit a clinical degree of cognitive impairment, and a thorough patient history must be taken through family interviews. Laboratory testing and radiographic studies are also important for diagnostic differentiation and exclusion. Over the years, studies have revealed that there is a high commonality in the pathophysiology of vascular dementia and the pathophysiology of cardiovascular disease and ischemic brain disease.

We can better understand why this is so, Dr. Senu-Oke says, when we consider that the nervous system depends on glucose and oxygen supplied by the vascular system. Neuronal cell injury is repaired in part by intracellular mediators but must be supported by nutrients supplied by the vascular system in a process called neuroangiogenesis. Neuroangiogenesis tends to decline with age, and this decline results from includes vascular ischemic changes, nutritional deficiencies, and unchecked inflammatory mediators. It is no coincidence, then, Dr. Senu-Oke says, that the same factors that affect neuroangiogenesis also lead to dementia. In other words, dementia, regardless of the type, is a result of brain neural tissue decline associated with vascular system decline within the brain.

This theory of dementia aligns with the understanding that ischemic disease is the chief factor associated with dysfunction and death in patients worldwide, Dr. Senu-Oke asserts. This simpler and more inclusive theory of dementia contrasts sharply with conventional epidemiologic beliefs about the disease and makes a convincing case that vascular dementia is its most common manifestation.

With this in mind, Dr. Senu-Oke says, direct therapies to treat dementia must support the neurovascular system. To do this, maintaining good blood flow, and adequate blood pressure, and neuronal system support are essential. To maintain blood flow, patients can use medications and over-the-counter supplements, eat foods that either enhance antiplatelet effects or reduce inflammation, and engage in regular exercise or other physical activity. To support the neuronal system, maintaining adequate oxygenation and neuronal health are paramount. This can be done through a diet high in antioxidants, such as foods or supplements that contain vitamin E, B vitamins, glutathione, and Coenzyme Q10.

The most important component to the management of ischemic cardiovascular disease is prevention through sound health practices.  Dr. Senu-Oke believes that early and aggressive management of risk factors of ischemic cardiovascular disease therapy of ischemic stroke bodes well for the treatment of vascular dementia, given the high correlation between vascular dementia and ischemic disease. The ABPS champions the integrative health approach espoused by Dr. Senu-Oke and fully supports him in his tireless quest toward a more pragmatic understanding of dementia.