Skip to content
Brad Jacobs, MD, ABOIM Diplomate in Integrative Medicine, on the Personal Experience That Changed His Opinion about Healthcare

Brad Jacobs, MD, ABOIM Diplomate in Integrative Medicine, on the Personal Experience That Changed His Opinion about Healthcare 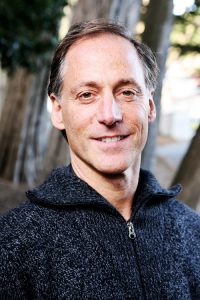 When I look back on my life, I can recognize pivotal points that have made me who I am today. My exposure to the martial arts, for instance, showed me there was a different way to view the world. It led me to the understanding that we humans are energetic beings and whole systems, and that the perspective of conventional medicine is but one among many.

This opened my mind to a world of possibilities, and over time I grew to understand that what I took as fact was actually an illusion.

Some years ago, my viewpoint was tested when a family member who is HIV positive went into liver failure and fell into a coma. No one knew why. At the time she was on AZT as HIV treatment and had just delivered a baby who was HIV negative.

I started doing research to learn more about her condition, and thanks to friends, I found out from the Center for Disease Control that the HIV drugs may have been causing mitochondrial toxicity, which was a new concept back then.

I advised the attending physicians that she needed basic nutrients, like Vitamin B2, B12, and B6. There she was lying in a coma in the ICU, and their response to my suggestion was, “No, we can’t do that.”

Basically, I said, “Look, you’re giving her medication that’s toxic and expensive, and that may or may not help. What’s wrong with giving her vitamins?”

They were unmoved, so I decided to give it to her anyway. I started doing it in the ICU, and the nurses, who knew what I was doing, would walk out of the room. Eventually, the doctors found out, but they didn’t want to talk about it.

Later, I learned that my family member was one of four HIV patients who had fallen into a coma like this, and she was the only one who survived. I had long known in theory that I wanted to change the healthcare system, but this experience galvanized my desire to do so, and it confirmed for me that improving the healthcare system was how I wanted to spend my time.