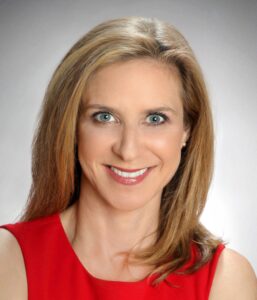 In the United States, when it comes to our diet, our problem isn’t a lack of calories; rather, it’s the lack of proper nutrients. This begs the question: Which kinds of foods are part of a nutritious diet? More specifically, which kinds of foods should we eat to keep our brains younger and our memory sharp? The issue can be confusing because dietary recommendations seem to change by the day. One day certain foods are good for you; the next day, you hear that it’s one of the foods you should avoid if you want to say healthy. I call it nutritional whiplash. Still, there are some things about foods that we can all agree on.

One of the biggest causes of poor health in our society is sugar. Sugar contributes to a host of negative health effects, including inflammation, chronic fatigue, and damage to brain cells. It’s been found that sugar even promotes Alzheimer’s. If you can minimize sugar in your diet, you’ll likely feel less sluggish while enjoying better moods, more mental clarity, and improved sleep.

Though fruits have sugar, the fiber in them offsets the presence of sugar. Honey, which contains sugar, is also good in small amounts and has been linked to benefits like improved heart health.

Leafy green vegetables also offer enormous health benefits. A study found that people who eat leafy green vegetables outperformed those who don’t on memory tests to such an extent that it was as though their brains were about 11 years younger. Juicing your vegetables in a high-speed blender is a great consumption method because the blender breaks the cell walls of the vegetable and releases the nutrients, making them easier to digest and absorb.

I advise my patients to eat whole foods, which I often describe as foods from plants in nature as opposed to foods made in a manufacturing plant. Grains cause inflammation in many people, especially processed grains like white bread and white rice. Whole grains like oats, brown rice, and quinoa are better options for most people.

As healthy as a plant-based diet is, there are certain nutrients it doesn’t provide in sufficient quantities. I tell patients that unless you’re committed to being vegetarian, it’s hard to maintain a vegetarian diet, so it’s probably not the worst thing in the world to include some animal products in your diet. But choose the best quality products you can find, such as grass-fed beef, organic eggs, and wild-caught fish, which have all the healthy omega 3s that our brains need. A study found that people who eat wild-caught fish four times a week have brains that are four times younger than those who don’t.

But you don’t need to eat a lot of fish or animal products to obtain health benefits. Overeating not only causes inflammation in the gut; some studies also link overeating to impaired brain function and mental decline in older adults. And that’s why fasting—one day a week or for a certain number of hours during the day—offers important health benefits for the brain.

Dr. Deb Matthew MD, ABOIM, America’s Happy Hormones Doctor, is a best-selling author, international speaker, educator, wife and mom of four boys. After suffering for years with fatigue and irritability, her quest to resolve her personal health led her to change everything about her practice of medicine. She has been featured on national podcasts, radio, and broadcast shows, including NBC, ABC, CBS, and FOX.