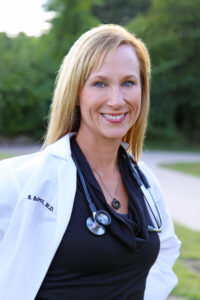 Sleep is a highly complex state that deserves more of our attention. Increasingly, research is emerging about just how important it is for nearly every bodily function and organ system. Sleep is critical for physical and cognitive functioning, in particular for emotional processing and solidifying memories, as well as for cardiovascular, respiratory, cellular, and immune functioning. Sleep also clears our brains of waste metabolites.

But sleep disorders are prevalent. A study in February 2020 at the start of the COVID-19 pandemic to investigate its effects on people’s well-being found that 20% of respondents were already reporting sleep problems like insomnia, with 15.8% reporting acute stress, 18.5% anxiety, and 24% depression. It’s likely that these effects worsened over the ensuing months.

Two-thirds of adults worldwide fail to get the recommended eight hours of sleep per night. While it’s true that people with a certain gene can survive on five hours of sleep or less without impairment, that gene is found in less than 1% of the population. As for the nature of our sleep issues, sleep onset problems are more likely in younger people and sleep maintenance issues are more likely in older individuals.

So, how can you tell if the quality of your sleep is inadequate? Drowsiness during the day is a sign, and unlike what many people think, so is falling asleep within five minutes of lying down. People often say they fall asleep as soon as their “head hits the pillow,” but that can be indicative of severe sleep deprivation or a possible sleep disorder.

Poor sleep increases your accident risk, impairs concentration and performance at school and work, and increases your risk of cardiovascular disease, cancers, metabolic disorders, and obesity, among other conditions. Interestingly, a study found that a flu shot is less effective for people who sleep less than eight hours per night.

Sleep deprivation, for even one night, has health consequences. According to a study, a single night of only four hours of sleep wiped out 70% of natural killer (NK) cells circulating in the immune system. These are the cells that work to control tumors, as well as viral and microbial infections. A larger study of 25,000 people found that sleeping less than six hours per night was associated with a 40% increased risk of developing cancer compared to sleeping seven hours or more.

Common causes of insomnia include gastroesophageal reflux, restless leg syndrome, chronic pain, prescription drugs, caffeine, and alcohol. According to a 2003 study, alcohol is the most common ingested substance used as a sleep aid, but it actually suppresses deep and REM sleep and increases awakenings.

Integrative treatment for sleep problems takes into account all the factors that can interfere with sleep— biological, such as acid reflux; psychological, such as anxiety; and environmental, such as an uncomfortable bed or excessive light at night. Sleep aids are best avoided. A study of 4,500 people revealed that there was no difference in time to fall asleep between newer forms of sedating sleeping pills, like Ambien, and a placebo. By contrast, lifestyle changes may deliver some of the best results for improving sleep.  Pre-sleep rest practices like meditation and yoga or personal bedtime rituals like warm baths and journaling are very helpful. In general, we should:

Programming your thermostat for colder temperatures in the middle of the night can also be helpful. Studies have found that rooms kept at 68 degrees or colder allows for the decrease in body temperature necessary for proper sleep.

Cognitive Behavioral Therapy (CBT) has also proved helpful for many people. Essentially, CBT for sleep recommends that you go to bed only when feeling sleepy. If you can’t fall asleep, get out of bed and do something relaxing until drowsiness sets in again, then return to bed, and repeat these steps as often as necessary.