3 Reasons Integrative Medicine has Earned Greater Prominence in the U.S. 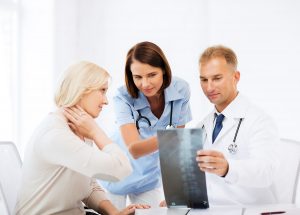 Integrative Medicine’s rising prominence in the United States as a model of healthcare has a lot to do with gradually shifting societal attitudes about medicine. This is in keeping with the historical evolution of how medical care has been disseminated in the U.S. For example, in 1980, statistics showed that there were 17,788 practicing Doctors of Osteopathy (D.O.) in the U.S. As of 2013, there were an estimated 82,146 osteopathic physicians in the U.S. The D.O. detractors of have become scarce, if not altogether silent.

Integrative Medicine may still have its skeptics, but the past decade has seen the field expand rapidly. The search for an explanation for that expansion starts with this common-sense, straightforward definition of Integrative Medicine: It is “the practice of medicine that reaffirms the importance of the relationship between practitioner and patient, focuses on the whole person, is informed by evidence, and makes use of all appropriate therapeutic approaches, healthcare professionals, and disciplines to achieve optimal health and healing.” What once was known loosely as complementary and alternative medicine (CAM) has been expanded and “integrated” with the tested, mainstream medical practices that remain the foundation of the American healthcare system. This concept appeals to many American healthcare consumers.

Here are three reasons Integrative Medicine has risen to prominence in the U.S. during the past decade: