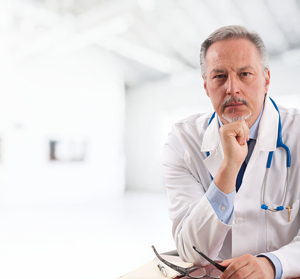 As of March 2015, the Interstate Medical Licensure Compact has been introduced in 15 state legislatures across the country. The Compact was developed through a close partnership between the Federation of State Medical Boards and the American Board of Medical Specialties, and, as written, will create a national commission that will have the authority expedite the licensure of physicians who are licensed to practice in the states who are part of the Compact. The problem with the language of this legislation is that it defines a physician as someone who “holds specialty certification or a time-unlimited specialty certificate recognized by the American Board of Medical Specialties or the American Osteopathic Association’s Bureau of Osteopathic Specialists.” This narrow definition excludes physicians who have earned board certification from the American Board of Physician Specialties, the third-largest nationally recognized physician multi-specialty certifying body. But, this is only one of our many concerns with this proposed legislation.

In addition to limiting the number of qualified physicians who can practice medicine in states that adopt the Interstate Medical Licensure Compact, the Compact would transfer state sovereignty to a private organization, creating a new and unnecessary bureaucracy for physicians to navigate along with additional high costs associated with licensing fees. As a result, all physicians who are licensed under the Compact would have to spend more time and money ensuring their good standing with the organization, with no proven benefit to patient care.

Perhaps most troubling of all, the proposed Interstate Medical Licensure Compact is not open for public review, nor can amendments be considered to the text of the legislation. Most everyone would agree that our country should make it easy for physicians who are licensed in one state to practice medicine in another, but the way the Compact is currently written is bad for physicians, bad for patients, and bad for the American healthcare system as a whole. And, rather than having an open forum to discuss ways to develop a program that will address physician concerns and improve our healthcare sector, the Federation of State Medical Boards, under the auspices of the American Board of Medical Specialties, has written a law that is good for the ABMS and AOA but virtually no one else.

We urge citizens across the nation to contact their state government representatives and urge their support in defeating the Compact should it come to a vote.