Vote ‘No’ on the Interstate Medical Licensure Compact 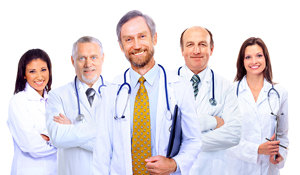 As of July 2017, the Interstate Medical Licensure Compact (IMLC) is in force in 22 U.S. states. Developed by the Federation of State Medical Boards (FSMB), the IMLC is a legally binding agreement that was created to facilitate the licensing of physicians across state lines. It establishes qualifications for licensure and defines the process by which an experienced physician can obtain a license to practice medicine in a state in which he or she is not currently licensed. The stated aim of the IMLC is to increase access to healthcare for patients in rural and underserved areas, giving them the ability to connect with medical experts at a distance through telemedicine.

State legislators who are called to vote on the IMLC have several reasons to be wary, however. Opposition to the Compact comes from a wide range of parties, a red flag indicating that – while it may sound good in theory – the Compact is rife with problems as it is currently written. Perhaps most alarmingly, the IMLC by its very language and without justification prohibits a large population of otherwise well qualified doctors from applying. Specifically, only physicians who belong to the American Board of Medical Specialties (ABMS) or the American Osteopathic Association’s Bureau of Osteopathic Specialists (AOABOS) are allowed to participate in the Compact. By joining the IMLC, a state thus actively put tens of thousands of doctors in America at a competitive disadvantage. The ABMS and the AOABOS are private organizations that should not be permitted to engage in monopolistic practices at the expense of many perfectly well qualified doctors and other established physician credentialing bodies. Indeed, it is a common complaint among state legislatures currently considering joining the IMLC that it is written too self-interestedly. Physicians with ABMS or AOABOS credentials should not be the only ones who can practice telemedicine across state lines. The IMLC’s goal of broadening access to healthcare for inhabitants of rural areas is undercut by the inherently exclusionary language of the legislation.

The 28-page Compact has other serious deficiencies. For example, it erodes state sovereignty by reducing each member state’s control over physician licensing. The IMLC establishes a Commission made up of two representatives from each adopting state. This Commission yields considerable power and even has the authority to promulgate rules that supersede a member state’s medical practice act. The American Legislative Exchange Council (ALEC), an influential coalition of state legislatures, has voiced strong opposition to the IMLC for its ability to trample on well-established areas of state concern. The text of the IMLC – contrary to claims proffered by its supporters – significantly undermines a member state’s ability to govern the practice of medicine within its borders.

State legislators are urged to see the IMLC for what it truly is. Though seemingly a welcome development, the IMLC will have the effect of weakening a member state’s legislative powers. And, it will do so completely without proof that it will achieve its goal of increasing access to care for rural area inhabitants. The creation of yet another highly bureaucratic private organization does not benefit doctors, nor states, nor patients. Voting “no” on the IMLC when the opportunity arises is a vote against an ill-considered agreement that produces far more questions than answers.