Myles Spar, MD, Explains Why Eating Late at Night Could Be More Harmful Than You Know 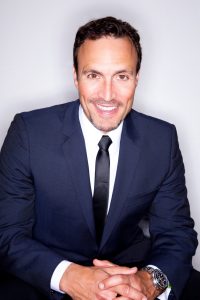 As an integrative medicine specialist who has long touted the benefits of intermittent fasting, I propose that the phrase “Netflix and chill” be changed to “Netflix and snack.” After all, doesn’t it more accurately describe the way many of us spend our evenings?

According to a 2013 study published in the journal Obesity, people say they are most hungry in the evening, regardless of how much or when they’d eaten throughout the day. But whether you’re inhaling chips while binge-watching a show or waking up to raid the fridge for a midnight snack, eating late at night could be more harmful than you know. Health problems associated with nighttime eating include:

A 2017 study at the National Autonomous University of Mexico in Mexico City found that going against our natural daytime eating habits can raise triglyceride levels, which in turn can contribute to the development of heart problems.

Eating late at night can increase your risk of developing diabetes, according to a University of Pennsylvania study. Researchers found that delayed eating may cause elevated glucose and insulin levels, both of which have been associated with type 2 diabetes.

The U.S. News & World Report cites two studies that link late-night eating to weight gain. One study showed that people who eat most of their food at night have higher body mass indexes (BMIs) than daytime eaters. The other study found that participants who ate between 11 p.m. and 5 a.m. gained more weight and consumed 12% more calories than those who didn’t eat during those hours.

So, in light of all these findings, what’s the moral of this story?

The next time you’re sitting down to Netflix and chill, just avoid the snack.