Alzheimer’s disease was first described in 1906 by Dr. Aloysious Alzheimer, a German Neuropathologist who associated specific neuropathologic findings with stereotyped memory and personality changes.  It is questionable whether Dr. Alzheimer was the first to diagnosed dementia, but what is known is that there have been a number of other types of dementia that have been described since Dr. Alzheimer’s discovery.  In 1976, Alzheimer’s disease was first said to be the most common cause of dementia. There has not been a significant challenge to this belief since then.  The purpose of this discussion is to make the case for Vascular Dementia to be considered as the most common cause of dementia.

There is a term used to refer to experience-based techniques of problem solving, learning, and discovering solutions.  It is heuristics.  The implementation of heuristic deduction is not guaranteed, always optimal or even infallible, but it is the method employed by physician and researchers alike to begin to understand the world around us.  Yes, we do live in a world of evidence-based medical practice and goal-oriented medical care.  However, even in this day and age there are areas of medicine that are mysterious to us as clinically aware individuals.  One such area is dementia.  It is estimated that less than half, maybe even as low as 20%, of individuals with dementia are actually diagnosed according to the World Health Organization (WHO).  As the WHO considers dementia a world health priority that is likely to triple in incidence by 2050, it is important to reevaluate what is known and understood about dementia.

The education and therapeutic management of dementia is an area of medicine that I believe has suffered from the fallacies of heuristic deduction.  It is understandable how this could happen, as dementia is a broad category of disease with almost a dozen subcategories resulting from various etiologies, many of which can only be definitively diagnosed postmortem.  It is also a diagnosis of exclusion that is gleamed from time-consuming family interviews, laboratory testing, and an initial degree of clinical suspicion of cognitive impairment.  Because there are so many confounding variable such as societal notions of cognitive decline with aging, inequitable distribution of research dollars to various subcategories of dementia, unfortunate financial motivations for pharmacologic remedies to various aspects of dementia, and a lack of clarity on the true impact of dementia on a patient’s overall health, wellness, and death; it appears that we as clinical evaluators have a hard time evaluating and treating people with dementia.  My goal in this discussion is to reevaluate the epidemiologic understanding of dementia, pathophysiology, and therapeutic considerations for the disease in the future.

For the purposes of this discussion, I specifically define dementia as the stereotypic manifestation of a cascade of dysfunction within the body that results in an irreversible and progressive disorder of mental processing that is characterized by impaired short-term memory, personality changes, and impaired reasoning.  Symptomatically, dementia is best understood in stages. Unfortunately, there is no single, universally accepted staging guideline. This is likely because there is no clear demarcation from one stage of dementia to the next and the penetrance of each symptom is variable.  Inevitably however, one who has dementia moves along a spectrum from mild to late-stage dementia until death.  Once the diagnosis of dementia can be reasonably assured the consideration of the cause and treatment can begin.  As dementia is the result of a cascade of dysfunction, there is a great deal of overlap in the various causes of dementia.  What is universally common about all types of dementia regardless of cause is that there is a disruption in the signaling within the brain that results in impaired cognitive processing and functioning.

Prior stroke is an important risk factor for cardiovascular disease; and stroke is the second most common cause of death world-wide. A number of strides have been made with regards to diagnosis and treatment of ischemic strokes.  Because of the great risk that stroke poses to an individual and society overall, aggressive evaluation and treatment has been endorsed as the standard of care for patients who present with concern for ischemic stroke.  According to the WHO, early and aggressive therapy of ischemic stroke has reduced the incidence of stroke disease in developed countries.  What is important to remember is that an ischemic stroke is a disease of vascular compromise by definition.  Therefore, it is inexorably linked to ischemic cardiovascular disease.

Patients who have risk factors for cardiovascular disease and who have stereotyped dysfunction consistent with dementia should be considered for vascular dementia.  The mechanisms that result in vascular dementia are exactly the same as the mechanisms that cause cardiovascular ischemic disease and ischemic stroke, the number one and two cause of death world-wide according to the WHO.  They all center on an interplay between inflammatory mediators, mechanical vessel obstruction, and downstream cell field injury.  Understanding that the common final pathway for each of these disease processes are the same as it results in ischemic change, it would not be too far a leap to conclude that vascular ischemia is likely one of the most, if not the most, common cause of dementia. Supporting these findings are the ever improving radiographic data of brains of patients diagnosed with dementia.  Though ischemic disease alone does not equal dementia, the greater the collection of ischemic brain lesions the greater the likelihood of vascular dementia.  With this understanding and against conventional belief, radiographic imaging is very important to the diagnosis of dementia, in particular vascular dementia.

In the area of vascular system support, the goals are to maintain good blood flow and adequate blood pressure.  Blood flow is maintained through medications, over-the-counter supplements, foods that either enhance antiplatelet effects or reduce inflammation, and physical activity.  This would include substances such as aspirin, Vitamin E, fish oil, garlic, ginger, green tea, or even exercise.  Physical activity enhances blood pressure by both sympathetic and parasympathetic means improving endothelial vasomodulation and oxygen extraction.  When the blood pressure is too high for too long it compromises the endothelium’s ability to vasomodulate.  This lack of vasomodulation results in wide tidal shifts of blood into and through a vascular system which in turn affects the ability to provide consistent and adequate oxygen to the neuronal system, and thus neuronal compromise.

When it comes to neuronal system support, the goals are to maintain adequate oxygenation and maintain neuronal health.  As one could infer, adequate oxygenation is largely dependent on good vascular system support.  Considering that a lack of oxygen to the neuron rapidly leads to neuronal compromise, then neuronal injury, and subsequently death; then every area in the brain that suffers microvascular ischemic change is actually suffering significant neuronal injury.  Though oxygen is a key determinant in neuronal health, the ability of the neuron to repair itself is also very important.  To nourish the neuron, one must maintain a diet high in antioxidants such as foods or supplements that contain Vitamin E (ideally mixed tocopherols), B Vitamins, glutathione, Coenzyme Q10, and others.  The diet should also include food with a low inflammatory imprint which includes reduced red meat and pork as well as foods that support cell membrane health such as those containing omega 3 oils.

The pathophysiologic state that results in dementia is extremely common but woefully underdiagnosed.  Dementia is a disease that is characterized by cognitive decline, personality changes, and behavioral disturbances.  Dementia is insidious in onset, progressive in nature, and ultimately terminal.  Dementia is a diagnosis of exclusion with stereotyped manifestations.  Diagnosis is most dependent on history; however, laboratory and radiographic studies are important for diagnostic differentiation and exclusion.  When it comes to vascular dementia, there is a high commonality in its pathophysiology and the pathophysiology of ischemic heart disease and ischemic stroke.  Therefore, evidence of ischemic disease in a patient with characteristics of dementia should tip one to the diagnosis of vascular dementia.

Because of the close association of brain neural tissue to its vascular supply and the low rate of regeneration of neural tissue, ischemic tolerance of neural tissue is low.   The issue of low ischemic tolerance of neural tissue is the crux of the Neuroangionecrotic Theory of Dementia.  This theory is also in line with the understanding that ischemic disease is the primary factor underpinning dysfunction and death in patients world-wide.  The application of the philosophical and scientific principle of Occum’s Razor would suggest that this simpler and more inclusive theory of dementia would be more likely than currently held conventional epidemiologic beliefs of dementia.  This shift in understanding also bodes strongly for the case that vascular dementia is the most common type of dementia.

Keeping in mind the Neuroangionecrotic theory of dementia, direct therapies to treat dementia must support the neurovascular system.  The first therapeutic goal is to begin direct therapy as soon as possible to slow progression of disease.  This includes nonpharmacologic and pharmacologic therapies.  Early and aggressive therapy of ischemic stroke has already shown a reduction of incidence of stroke disease in developed countries according to the WHO.  Given the high correlation between vascular dementia and ischemic disease, a similar drop in incidence could be expected with dementia.  Any change in incidence of dementia however would be difficult to analyze at this time secondary to the fact that dementia is so woefully underdiagnosed.  Having a greater and more pragmatic understanding of dementia is what is needed to improve management of this devastating disease.

Board certification through the American Board of Physician Specialties has served to substantiate my interest and additional training in several fields of medicine including Internal Medicine, Disaster Medicine, and Administrative Medicine. As a result, I have been able to serve my community in clinical, disaster response, and administrative medicine roles. Through the ABPS, I have become recognized as a leader in my various fields of interest. 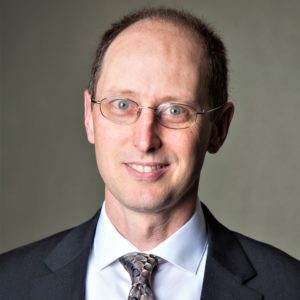 Alex Beuning, MD, FAAEP
Emergency Medicine
Personal challenge and motivation compelled me to pass my ABPS board exam. Measurement and confirmation of my own knowledge base reinforced my self-confidence. The ABPS, with its history of inclusivity, has allowed me to have a voice in the organization, while permitting me to impact overall national patient safety and care through certification. Participation in exam development afforded me the opportunity to witness the rigorousness of the exam process and psychometrically sound product, while developing meaningful collegiality, professional life enrichment, and warding off burn out. 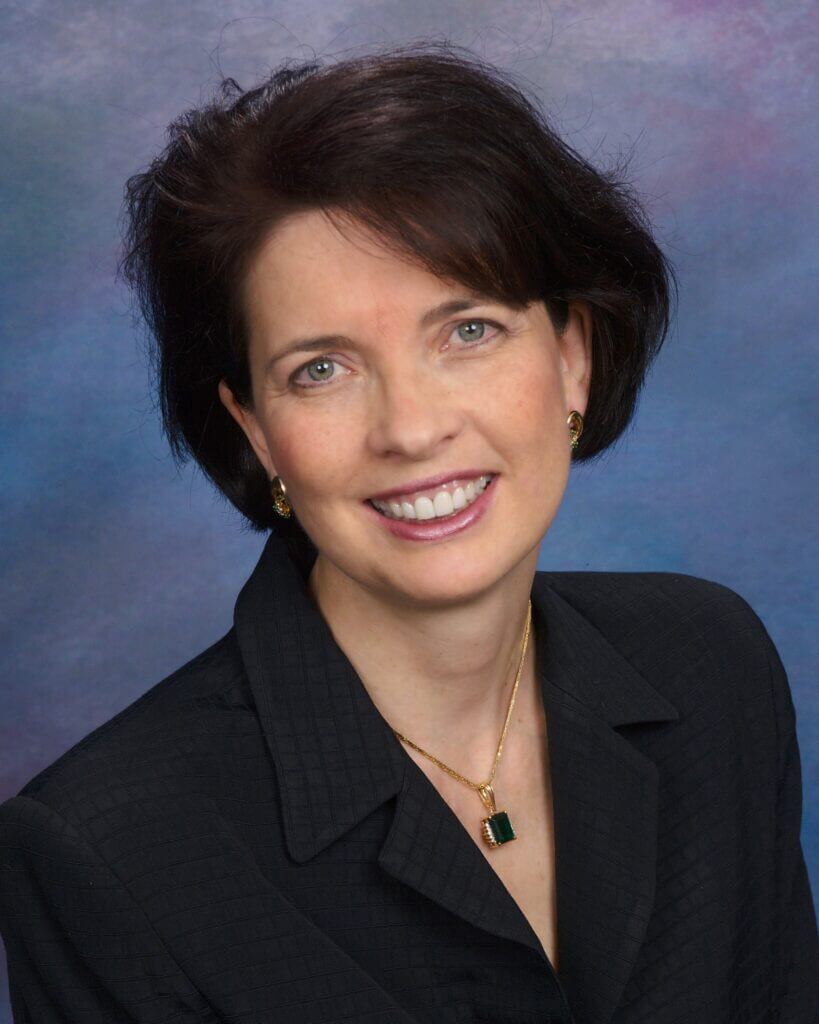 Elizabeth Maxwell-Schmidt MD, FAAEP, FACEP
Emergency Medicine
Meet Our Staff Read All Reviews
Boards
Careers
Login
Contact
We use cookies on our website to give you the most relevant experience by remembering your preferences and repeat visits. By clicking “Accept”, you consent to the use of ALL the cookies.
Cookie settingsACCEPT
Manage consent