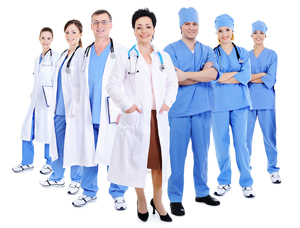 Consider the VHA Handbook, which guides hiring practices across VHA facilities throughout America. In this document, only the American Board of Medical Specialties and the American Osteopathic Association are mentioned as recognized certifying bodies. This speaks to the hurdles that qualified physicians who have received board certification from the ABPS face when attempting to work for the VHA. In many instances, job postings for physicians specifically require certification from the ABMS or AOA, which limits the pool of candidates – a problem that is further highlighted due to the well-documented shortage of VHA physicians in this country. Plus, on the rare occasion that an ABPS Diplomate secures employment at a VHA hospital, advancement has proven difficult, if not impossible.

These needless discriminatory hiring practices fly in the face of other VHA departmental policies, making them all the more frustrating. For instance, the ABPS is recognized by Medicaid and Medicare as a credible certifying body in the United States and is accepted under the G.I. Bill. Paradoxically, physicians are encouraged to pursue board certification through the ABPS – and reimbursed for their expenses – but then the certification they earn isn’t recognized by the VHA’s own institutions. It is this logic gap that the ABPS seeks to address.

For more information about our ongoing efforts to work with the VHA to improve its hiring practices and address the VHA physician shortage in the United States, contact the American Board of Physician Specialties today.