Skip to content
A Viewpoint on the Opioid Crisis

A Viewpoint on the Opioid Crisis 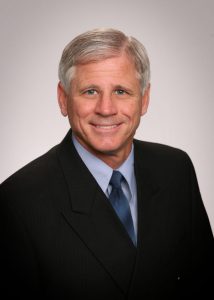 Bruce Bonanno, MD, a Diplomate of the Board of Certification in Emergency Medicine (BCEM), has been practicing emergency medicine for 33 years. Presently at the CentraState Medical Center in Freehold, N.J., he has served in 23 different emergency rooms, from inner city hospitals to rural ones, across several states. Over the years, the wealth of knowledge and experience he has gained from encounters with patients addicted to opioids qualifies him as a respected voice among physicians committed to finding a solution to the current opioid crisis.

Unfortunately, Dr. Bonanno says, the media has followed the lead of politicians in laying blame for the crisis at the feet of health care providers. While opioids are being prescribed more than ever, and there are indeed doctors who may operate “pill mills,” he says that other salient facts do not get reported. For instance, the rise in opioid prescriptions has coincided with an increase in the average age of the general population. This means that the number of people living with chronic painful conditions has also increased, as well as the number of people who have suffered broken bones from falls, who have had hip and knee replacements, and who are in compassionate palliative and hospice care – all conditions that may warrant prescription pain medications. Furthermore, the number of prescribed medications for all conditions has also risen, not just for pain.

Prescribers are doing their part to curtail America’s opioid problem, he says. Recent figures show that the number of opioids prescribed has leveled out or decreased. As for the argument that many people who have died from illegal drugs were first addicted to prescription meds, the truth is that most people who became addicted to prescription meds were never prescribed them in first place. Instead, they obtained prescription drugs from family and friends in an attempt to get high. Part of the problem, he says, is that the medication left over after patients have quit using them frequently remains in medicine cabinets for anyone to use.

Dr. Bonanno also points out that the illegal opioid heroin has caused most of the recent deaths from opioid overdose. A decrease in the price of heroin, coupled with an increase in purity, has only exacerbated the problem. Now, with fentanyl, a synthetic opioid, added to the mix, the results have been calamitous.

Another reason to be skeptical about the narrative that faults doctors’ prescriptions for the rise in opioid overdose deaths, according to Dr. Bonanno, is that many of the original statistics were inaccurate. For example, opioid deaths were lumped together regardless of whether they were the result of legal or illegal drugs, or whether opioids were really the cause of death as opposed to just being present in the body at the time. In addition, the quality of training of the authorities reporting on opioid deaths varies considerably. When you consider in particular that distinguishing between prescribed and illegal fentanyl is very difficult, it’s easy to see how many overdose deaths could have been mischaracterized.

Aside from limiting the number of opioids prescribed, what other steps can health care providers take to solve the crisis? Checking the drug database for potential abusers is a must, Dr. Bonanno says. So, too, is educating patients about the proper storage and disposal of leftover meds, and being alert to the dangers of prescribing benzodiazepines with opioids. And, finally, he advises that, as responsible health care providers, we should offer help to any patient we suspect may be battling an addiction to opioids.

In summary, Dr. Bonanno says, “We as physicians are not the problem, but can be part of the solution.”

Myles Spar, MD
Integrative Medicine
Meet Our Staff Read All Reviews
Boards
Careers
Login
Contact
We use cookies on our website to give you the most relevant experience by remembering your preferences and repeat visits. By clicking “Accept”, you consent to the use of ALL the cookies.
Cookie settingsACCEPT
Manage consent